Sensing Spaces at the Royal Academy

This is another retrospective post about the good things of 2014. Amongst these was the 'Sensing Spaces'  exhibition at the Royal Academy, which I will remember long after the rest of the year has been forgotten.

The gallery let architects loose on the gallery spaces to see what they could come up with. What they produced was very different to the usual exhibitions of paintings. This was art for all the senses, a wooden staircase to climb until you were eye to eye with gilded angels; black velvet curtains through which you could pass to find a room lit by pin pricks of light and circled with slender bamboo poles and smelling of damp wood; a maze with a white floor leading to a mirrored room with a shingle beach; a dimly lit room which seemed full of smoke or was it light drifting down from the ceiling and a do-it-yourself artwork of hundreds of long bendy plastic straws in bright primary colours and a cave in which to hang them.

The spaces kept drawing me back and the hazelwood maze became my favourite of all the rooms, with a different aspect every time I went. The Royal Academy had asked a group of poets - Patricia Debney, Sasha Dugdale, Ian Duhig, Martin Figura, Vanessa Gebbie, Emer Gillespie, Helen Ivory, Maureen Jivani, Edward Mackay, Abegail Morley, Robert Peake Catherine Smith, Tamar Yoseloff - to write poems inspired bythe architects' work and selected poems by myself and Julie Maclean. This turned what could have been a solitary experience into a shared response to all those spaces, rather like bats sending out signals and waiting the clicks to come back. 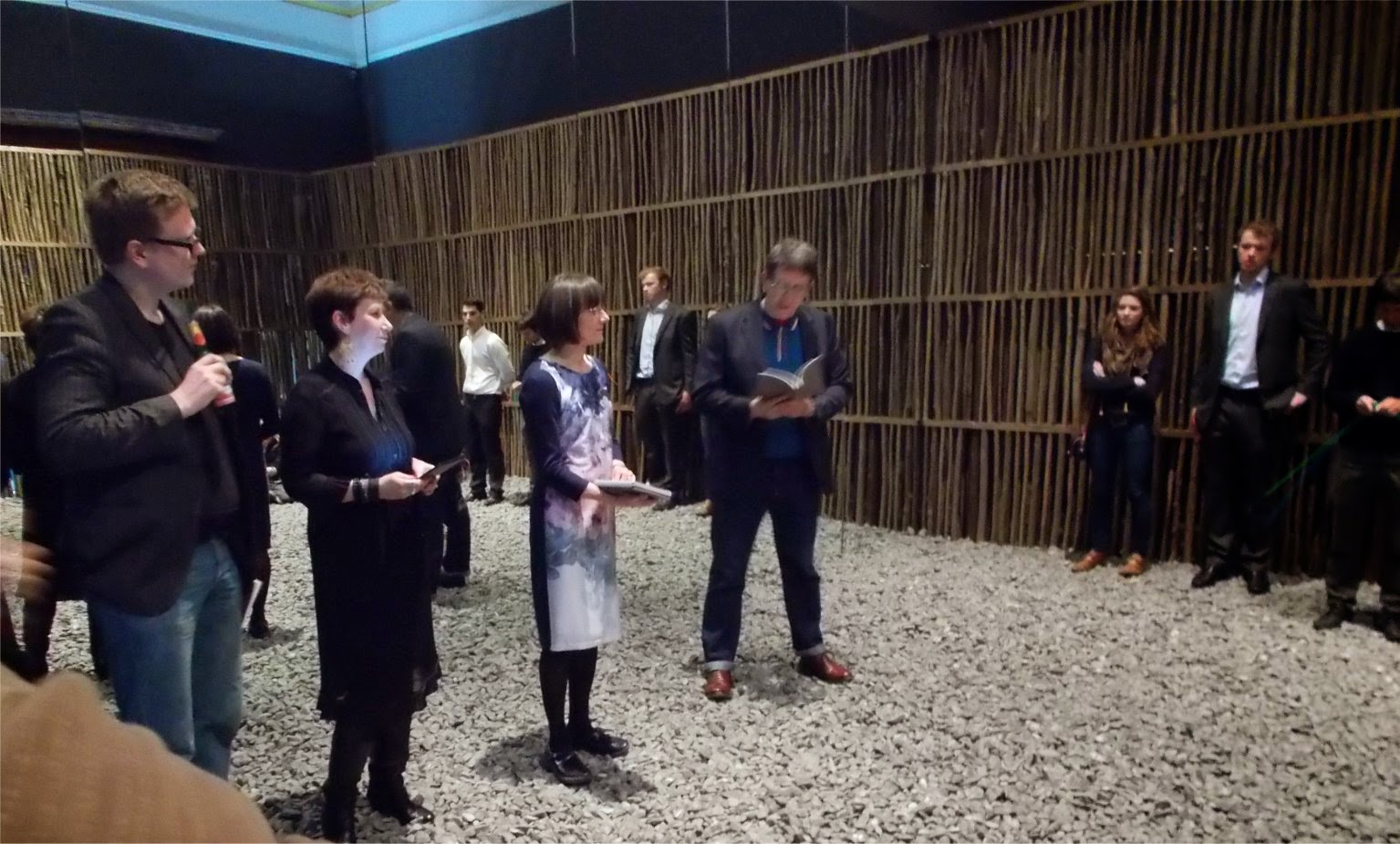 I still think about the exhibition and how it is long gone from the galleries so you cannot climb up to be with the angels on the ceiling but those spaces still exist in the words of the poems. So all I have to do is to take out the anthology to read or you can catch glimpses on youtube of the poets and musicians in the exhibition.