He was the uncle that my father never knew, as Dad was born two years after he was killed. My great aunts, Bena and Edie could have told me about him had I known to ask while they were still alive.
On a recent Writers trip to the battlefields I went to look for Victor. I knew he was one of the thousands of missing who have no known graves although I can’t help  hoping that he is somewhere in one of the cemeteries, even if all the headstone says known unto God. The only place to find a trace of Victor is amongst the names on the Menin Gate in Ypres. We visited late on a Saturday evening after the crowds had dispersed. The Royal Welsh Fusiliers are on one of the side panels, up the first flight of steps with the night sky above. It was drizzling with rain and quite dark and there he was, R.V. Davies. So easy to miss and so far from home. 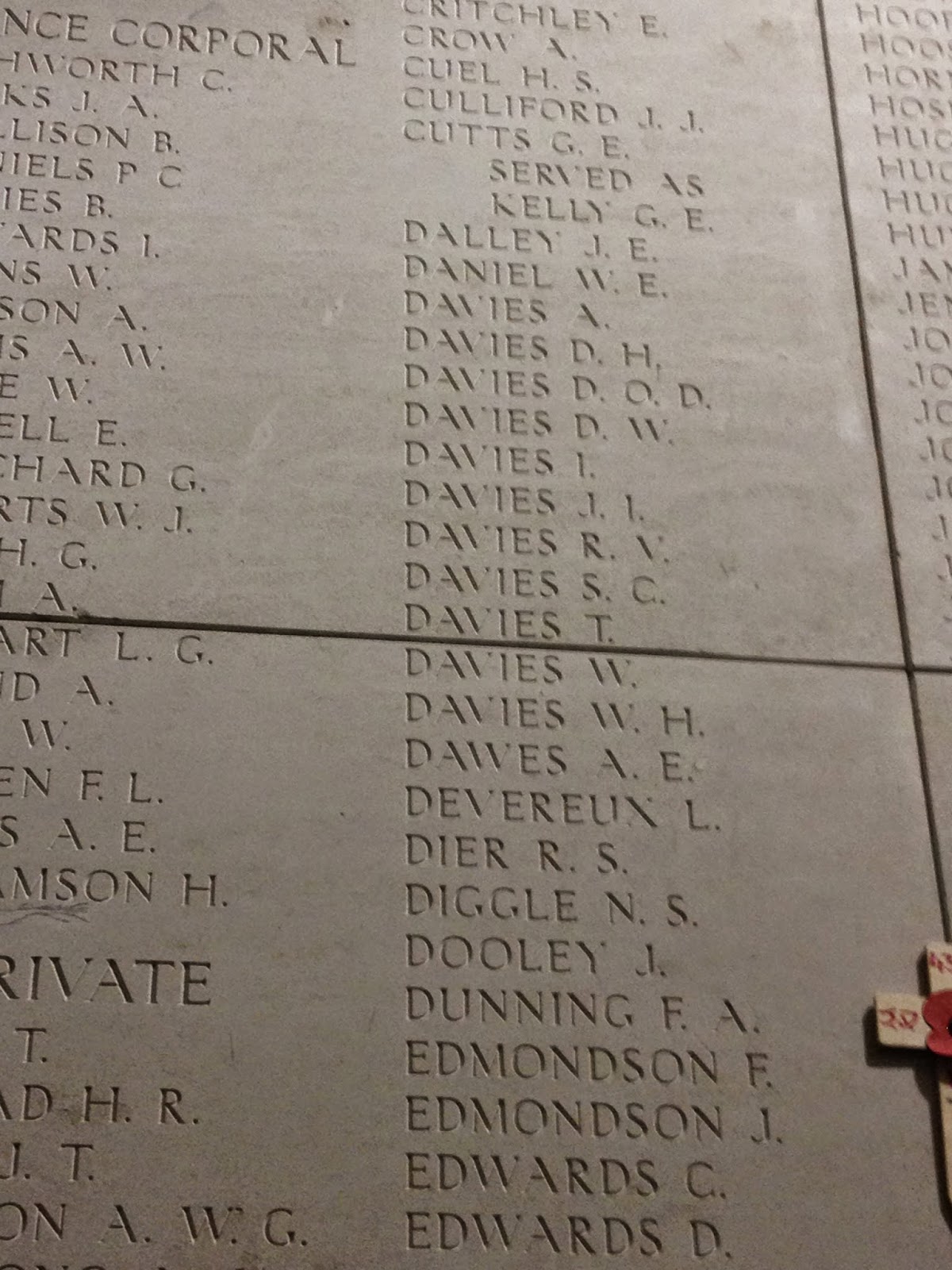 The next morning I went to a florist’s in Poperinghe and bought him a rose, in creamy white with green edges to the petals. I’m sure none of the immediate family,  neither his mother nor any of his sisters will have had the chance to visit. I sat in the quiet of the chapel at Talbot house and wrote him a poem to go with the rose. Then in the evening before all the coaches arrived for the daily ceremony of the Last Post, my friend Vanessa and I put the rose in place beneath his name. 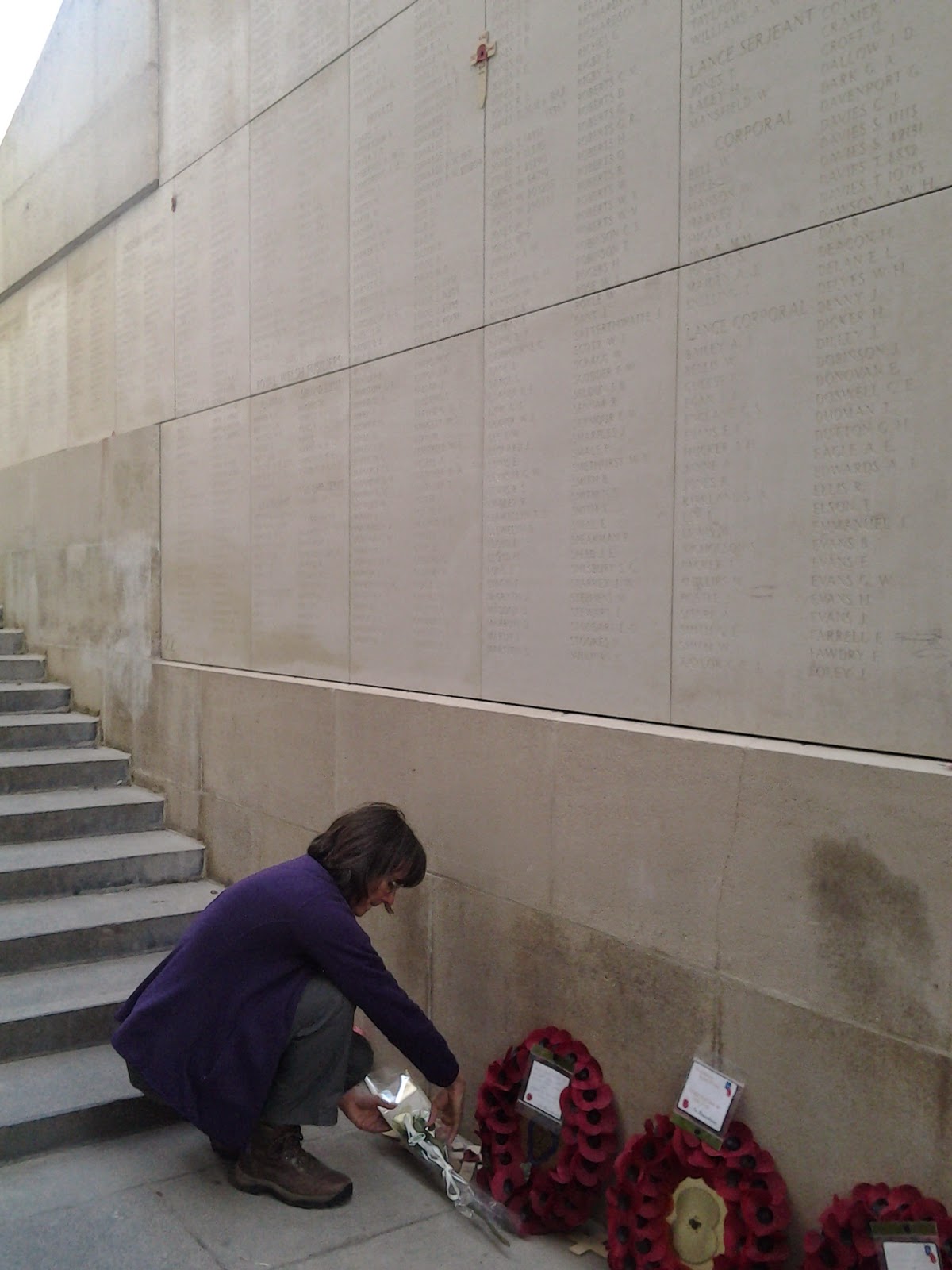 It was a privilege to be there. x