For this second post in my series about war memorials I’ve chosen Charles Sargeant Jagger, the sculptor who was responsible for many of them. Jagger was 28 years old when the war began and had studied at the Royal College of Art. He’d been a gifted student and had been awarded a scholarship to study in Rome although the outbreak of the war brought that to an end. Instead he enlisted with the Artists Rifles and after training was commissioned with the Worcestershire Regiment. He was wounded twice, firstly at Gallipoli in November 1915 and then on the Western Front in April 1918. He was married twice, firstly in 1916 to Constance (they divorced in 1924) and secondly to Evelyn Wade, the daughter of his tutor at RCA.

Between 1919 and his death in 1934 Jagger produced a prolific number of war memorials and his art is still in many of our towns and cities. The statue of a Tommy reading a letter at Platform 1 at Paddington station is Jagger’s and so too are the statues on the Royal Artillery Memorial at Hyde Park. 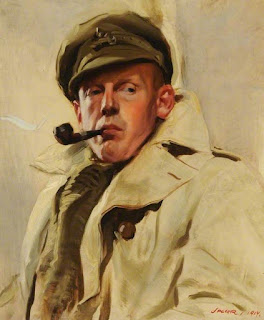 It would be fair to say that I became a little obsessed with Jagger whilst I was writing Voices from Stone and Bronze and the way in which he seemed to draw on his experiences in the war to pour energy and determination into his memorial. He employed as his models men who were “ex-servicemen with good war records.” Mrs Evelyn Jagger.
Jagger was chosen by the Royal Artillery Commemoration Fund Committee in preference to another sculptor whose designs made it clear to members that he’d never spent any time overseas or under fire. Jagger of course had experience of both and had received the military cross for his actions in April at the Battle of Neuve Eglise.


You can see him at work thanks to a film being made at the time of his death. If you are in the UK you can listen to a programme about his work on Radio 4. As far as I know there are no recordings of him speaking so I don’t know what his voice sounded like. In my imagination he has a Yorkshire accent, slightly softened by his art school education.

He wrote a book ‘Modelling and Sculpture in the Making’, which was published in 1933 and was still being borrowed  by art school students in the 1970s and 1980s. 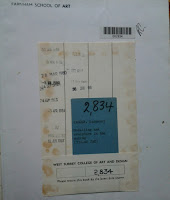 The book explains how you prepare the clay and create working models before going on to make your sculpture. 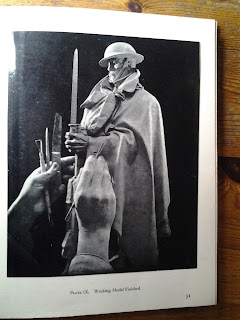 The short one page introduction ‘To the student reader’ could have been written by Kipling, one of his favourite poets, in capturing what being a sculptor meant to Jagger. The book also includes detailed black and white photographs showing him at work. Some of his text found its way into a series of found poems in ‘Voices’.

His daughter, Gillian is also a sculptor in the USA. Although she was only a small child when he died in 1934 she does have vivid memories of her father and his animals as you can hear in these interviews here and here.
Posted by Caroline M Davies at 13:28