With a rush of blood to the head just before Christmas I signed up for the postcard exchange being organised by Amy Souza. She runs the Spark project which pairs writers and artists and gives each party a chance to be inspired by the other's work.

Her plan for January 2015 is to put together groups of six people to create and send each other postcards during the month. Briliant idea...

But wait – that means I have to make the cards – collage was mentioned in the introductory email and other art-related stuff. To misquote the lyrics of The Specials Rat Race

I don't have one Art O level.

In fact I was hopeless at art at school. Whatever came over me! Writing the poems to go on the back of the card will be fine but what about the Artwork....

I scared myself even more by looking for DIY art postcards and similar on the internet. There is some serious art with a capital A out there.

But I have been thinking very hard and may have some ideas.

My five companions in this adventure are from the USA and are scattered all over the states. I've been learning more about US geography, courtesy of google maps. If you start in New York, go via the New Jersey Turnpike to Arlington VA, then Poplarville MS, then Minneapolis and finally Beaverton, OR (OR = Oregon I think) you will have covered 4,150 miles taking 60 hours or about 60 days on foot but more importantly you will have visited the towns and cities of my fellow postcard creators.

Now I have not one but two ideas for cardsand the post office in Wing sells blank postcards in paxks of 25 so I have scope for some experiments. 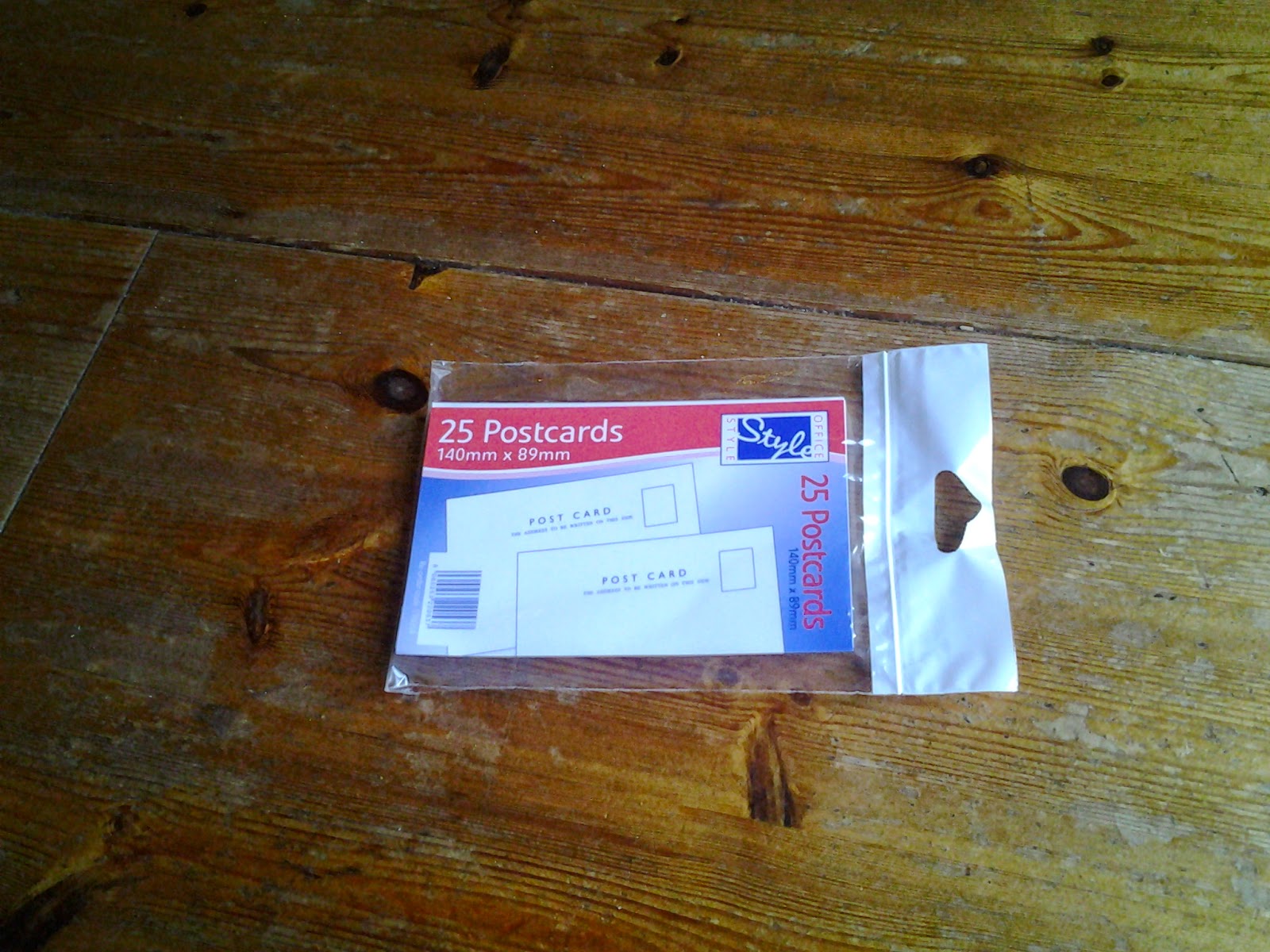