At the beginning of last month I joined a school outing to the National Gallery in London. I’m a school governor at the local primary school that both my sons attended and they often need extra adult help for school trips. You’re normally allocated a group of five or six children to keep an eye on. Having helped on a number of occasions I no longer get nervous about losing one of my charges and my group of five were all very well behaved.

I didn’t have time beforehand to find out from the teachers what we were going to be looking at although I knew year 5 and 6 had been studying Greek myths. I checked the National Gallery website but was feeling rather like I hadn’t done my homework. The National Gallery has tremendous expertise in facilitating access to art for school children and this service is entirely free of charge.

Our first painting was by Rubens of Paris holding out the golden apple to the goddess he has just chosen. Our NG guide dealt expeditiously and tactfully with the issue of the Rubenesque curves by asking the children what was the first thing they noticed about the painting. One lad said it was the golden apple, which was the right answer as the whole point of the painting is Paris making his choice, which is to lead to the Trojan wars. It wasn’t the answer the guide was expecting which was that there were three naked ladies in the painting and how would you describe them…. fat? The children was easily able to explain how being fat would have been fashionable in Rubens time because it meant you were well fed and therefore well off. We continued with a discussion of the story behind the painting. Unlike me the children had prepared or perhaps had been well prepared by their teachers as they knew the names of all the goddesses and how you could tell which was which by the objects around them.

Our second painting was of Perseus turning people to stone at his wedding using the Gorgon’s head. This was my favourite of the paintings of the morning. Well it should be no surprise to readers of this blog that I like battle scenes. The more you looked at the painting the more there was to see. We probably spend about ten minutes in front of it while the children picked out elements of the story. Our final painting with the guide was Dutch painting by Pieter Lastman and shows Juno, Jupiter and the hapless Io who has just been turned into a cow. The children hadn’t seen this painting before but were able to make educated guesses as to what it was about. I deliberately use the term ‘educated guess’ as they clearly had been educated enough to be able to look at an unfamiliar painting and get a lot out of it.

Our guide then departed and there was just time before lunch for a quick visit to Titian’s painting of Bacchus and Ariadne. This had a ship in the background which was of course the detail which I fixed on.

So in about one and a half hours we’d looked at four paintings and I was wondering why I’d never done this before. I love going to exhibitions, especially by a single artist, Degas, Peter Doig but I don’t think I’ve ever spent as long in front of an individual painting  and yet I still want to go back and spent more time with the painting of Perseus. It left as if we’d given the paintings a proper amount of time and attention. Not all the children will have appreciated the opportunity. A couple of the children I sat with at lunchtime couldn’t remember which paintings they’d seen or perhaps they just didn’t want to be quizzed y this adult helper. Some of the children, however may go on from this morning at the National Gallery to a lifetime of looking at art. 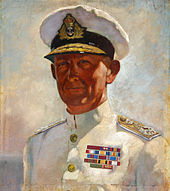 The day held one more surprise for me. Before boarding our coach we had a brisk walk around Trafalgar Square and there facing Nelson in front of the National Gallery was Admiral Cunningham. How appropriate he should be there with Nelson and yes I’m sorry but I did have a Malta moment. I was having to keep a close eye on my charges as we went round the square so I only had time to give his statute a brief acknowledging nod.

And all this discussion of art brings me to a recently published book which I want to discuss shortly. This is ‘Girl in White’ by Sue Hubbard – a novel about  Paula Modersohn Becker (1876 – 1907).
Posted by Caroline M Davies at 12:45