Thanks to the Poetry School and John McCullough I spent a Saturday at the end of May ransacking the Natural History Museum for poems.

My day began early and I was even offered Prosecco on the train into London after I’d unwittingly joined a hen party as they had a spare seat in their midst. They were happy and giggly and two of them were going to London for the first time. It was a lovely start to the day although I did decline the alcohol. 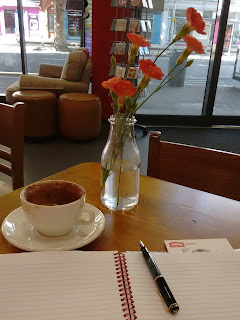 I paid a brief visit to the Imperial War Museum and then sat in a nearby café with a hot chocolate and a poem to be edited. This one was inspired by the exhibitions featuring the work of Claude Cahun at Oxford Brooks University and the National Portrait Gallery.

Then it was off to Lambeth Walk to begin the process of immersion. We considered the work of poets who had been there before; including Kate Clanchy's The Natural History Museum from Samarkand (1999)
“They are glassed and boxed like childhood.”

Rita Dove’s The Fish in the Stone and Anne Carson’s Audubon. The first exercise was to plunder our memories to find the most memorable museums and exhibits. Mine were all recent as nothing seemed to have stuck from childhood until I remembered the mummified corpse in the Norfolk and Norwich Museum.

The second group of poems were Relic of Memory by Seamus Heaney from Door into the Dark, Museum of the Forest by Matthew Francis and Claire Trevien’s The Museum of Water. 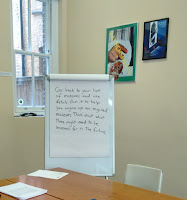 I found Museum of the Forest surreal and wonderful and it led beautifully into the second exercise....

The Natural History Museum was busy, as it was Saturday afternoon but I kept to the brief of focusing on the particular and before long I had left the crowds behind and found parts of the Museum I didn't know about. As well as taking lots of notes I took photographs as prompts

Here are just a few examples and now I have until the start of July to turn my notes into poems.

Looks very inspiring - I hope we will be able to read some of the poems once the come out of their glass cases!

I have at least one poem which is nearly ready, after comments from my workshop group.