Thanks to Percy's grandson, Peter I am now able to share a photograph which was taken on him in his uniform. Please note the three white chevrons denoting his rank as Lance serrgeant.

Peter also sent me the copy of a page from a diary of the time in which someone, mostly likely Percy has written a summary of his military service from 1916 to the end of 1917. I am still deciphering the handwriting but what it tells us is

The second military service Act of May 1916 had extended conscription to married men so Percy will have had to leave his wife and three young daughters.

I'm assuming that he will have spent much of 1917 in training and he also became an NCO gaining the rank of Lance Sergeant on 30th June 1917.

On 13th Dec 1917 the notes indicate he transferred to KO (RLR) - King's Own Royal Lancaster regiment. I don't know which regiment he was with during 1917 as neither his notes nor his medal card tell us. Having been transferred his notes then say 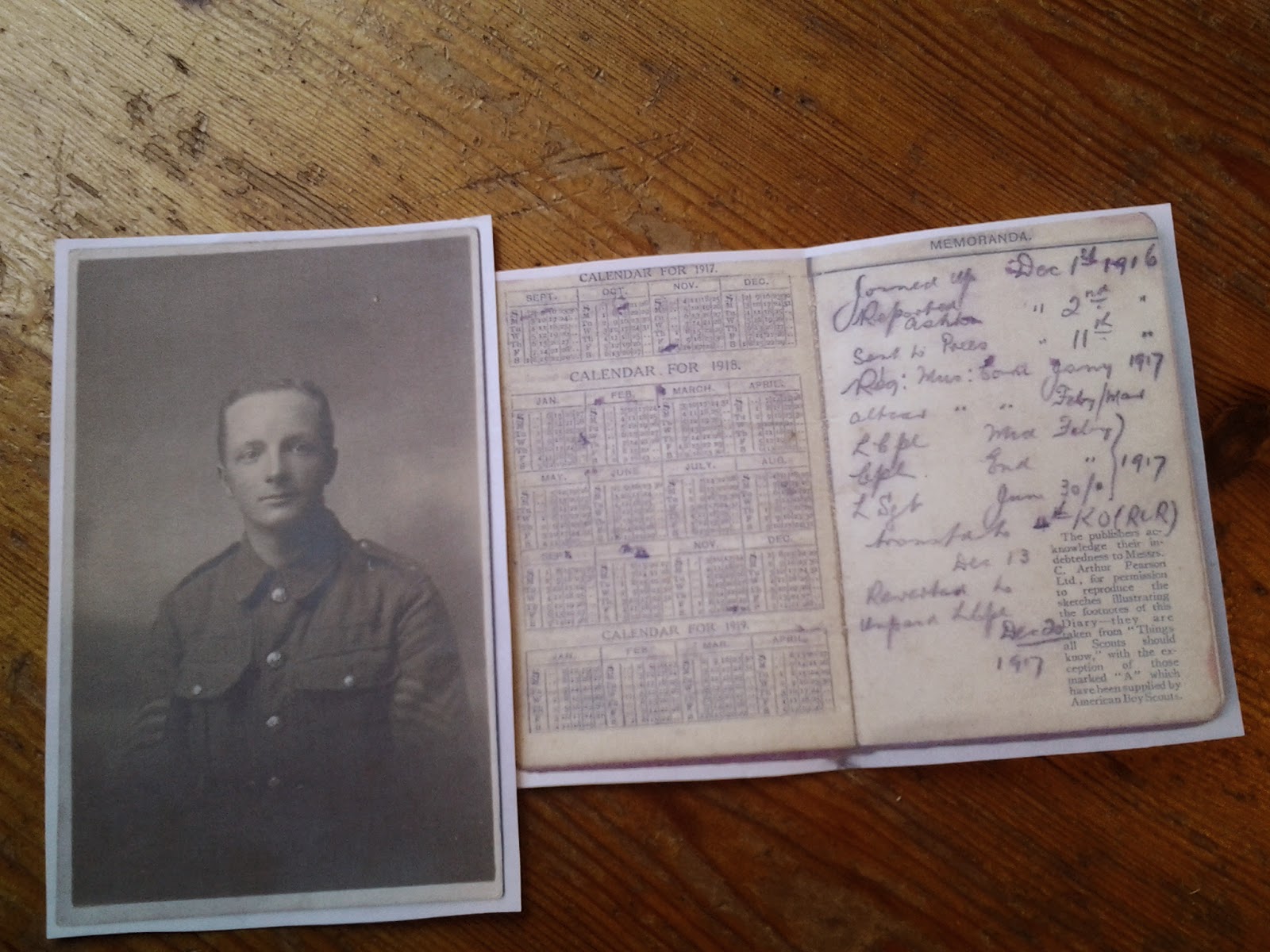 Thank you for publishing Caroline

I believe the diary said he was sent to "Prees" - which could well be this training camp at Prees, Shropshire:
http://thegreatwar.whitchurch-shropshire.co.uk/prees-heath-camp/

Thanks for investigating Vanessa. The hand writing does look like Prees and Prees Heath camp was where thousands of soldiers were sent for training so it makes perfect sense that Percy was there.