The Year of the Pamphlet - Cherriman, Hershman and Josephy


Either by chance or by choice poetry pamphlets are becoming my favourite things to read this year. I’ve already mentioned Becky Cherriman’s Echolocation which was published earlier this month from Mother’s Milk Books and her poems which have such grit in them. Then in the same week Tania Hershman’s Nothing Here is Wild, Everything is Open, arrived from Ireland, from Southword Editions. I read it in one sitting as you can do with a pamphlet and then as with Becky’s poems went back and savoured each one. You can read my review here. 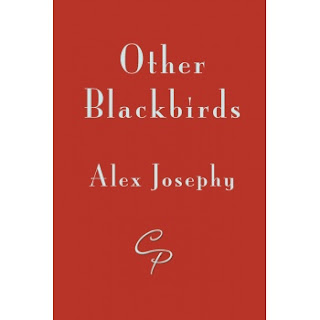 Today’s it is the turn of Other Blackbirds by Alex Josephy – one of the latest pamphlets from Cinnamon Press. I’ve previously reviewed Well Kemp’s The Missing Girl. These are also poems which ‘repay more than one reading’, as Chris  Considine says in the blurb. Coming back to them for another read what struck me was the feisty girl running through the poems from the sister in ‘The Sister-Brother’ Treaty who divides the spoils


surprised you with teapots

and in A Slip of Wildness


into the rough boughs of the yew,


smearing my palms with dust


the doll I wouldn’t buy


not even for Christmas.

Two of the poems won first prize jointly in the Battered Moons competition judged by Alice Oswald and others have been published or have won prizes. This is however more than just a putting together of ‘best’ poems as it takes the reader on a journey from the poet’s childhood, through a daughter’s childhood and we find ourselves in Italy where there are ‘Other Blackbirds’.

Along the way there are glimpses of a father and 'The OnlyMeal I Ever Saw My Father Cook’, which was my favourite in the collection and in ‘Elbows on the Table’


a gatehouse blown to pieces


in the long retreat. He turned down…